Currently, Groningen is confronted with a gas quake taking place in slow motion. [not clear how many] buildings need to be reinforced. Buildings are demolished, people are forced to move out and a farmhouse has collapsed. Churches fall apart, which means no-one can go to mass, or attend a performance, like Bach's St Johns Passion. (The fragment you hear, is dedicated to Dutch King Willem Alexander: "Wir haben keinen König". Translation: “We don’t have a king”.)

In the rest of the country, people haven’t got a clue how big the impact of these induced earthquakes on safety and health of the residents is. As gas is indispensable, the gas production will be kept at the current level. A logical solution would be to focus on energy saving, but the Dutch government doesn’t take that option serious. The quakes are now taking place near Groningen city. They will continue to disrupt the lives of tens of thousands of people for decades to come.

Update January 2017: Suddenly, renowned cabaret artist Freek de Jonge pays attention to Groningen. This gives new impetus to national media coverage, and spurs on other Dutch celebrities to draw attention to what is going on in Groningen.

Sijbrand Nijhoff took his case against Shell, Exxon and the Dutch state to court. What is becoming more and more clear, is that each of these three parties is going against the grain of humanity.

Mr Nijhoff won on major points. For instance, … judges ruled that EBN BV, the Dutch energy management company fully owned by the Dutch state, is severally and strictly liable for all damages, to the same extent as Shell and Exxon. Let that sink in: Dutch government is liable - and still there’s no proper disaster management.

Video Transcript: “They are stalling and… dealing with matters without actually offering solutions. And the government only focuses on gas extraction and delivering on its promises to business partners, at the expense of the people from Groningen.”

To make matters worse, Groningen is stuck with Hans Alders (“National Coordinator Groningen”). Repairing houses with mining damage is a slow and arbitrary process. Just as the first crack is repaired, the next one appears.

… more and more people are calling for a parliamentary inquiry.

Video Transcript: “My conclusion, even without any such inquiry, is that in a number of areas the Dutch government itself is to blame.”

… time and time again, additional research is needed. And yet, this unique combination of factors in Groningen still doesn’t attract a great deal of attention from scientists.

… the rest of the Dutch population secretly thinks the people of Groningen should stop nagging, because they really don’t understand what is going on up North.

Video transcript: “…and for the Groningers, it's still not enough.”

… and they feel it can’t be all that bad, judging from how the people of Groningen talk about their situation. Suburbanites from the West of Netherlands in particular have difficulty understanding what makes the people from the province of Groningen (and other provinces, for that matter) tick.

… but things aren’t exactly running smoothly. There is no trust whatsoever. Something is definitely brewing.

Henk Bleker (ex-politician): “We’re level-headed people, we don’t panic that quickly. But something is brewing, and that poses a clear and present danger.” Interviewer: “Could you be more specific?” Henk Bleker: “If the government doesn’t take decisive action, such as drastically cutting back production to guarantee the safety of the people, then all hell will break loose. The people from Groningen might become quite brutal. We’ve got a lot of tractors.” Hans Wiegel (ex-politician): “Well, that would seriously erode trust. That would mean the fat is in the fire. Oh boy.” Henk Bleker: “Exactly, and when there’s no trust, sparks are going to fly. We’ll find our way to The Hague. That’s how it works with the people of Groningen…”

“We have taken the petition, we will read it thoroughly. Thank you very much.”

Something is changing. More soon.

GBB is a community organization defending the interests and needs of people who suffer the consequences of gas extraction in Groningen. Derwin Schorren, vice-chairman, states: “The UNHRC closely monitors the human rights situation in each country, and they've expressed a keen interest in the situation in Groningen.”

On April 20th 2017, a court ordered the Dutch public prosecutor to initiate a criminal investigation against the NAM, as the quakes induced by gas extraction are damaging and destructive and possibly endanger lives. Though many people in Groningen filed reports with the police over the last few years, the public prosecutor had rejected these, claiming that this was more of a public debate than a case for criminal prosecution.

This independent production is made available to you for free. Please help me spread my work by sending it to at least one other person. Shortlink: https://dwarshuis.com/gg 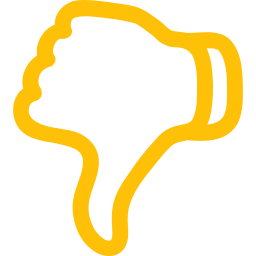 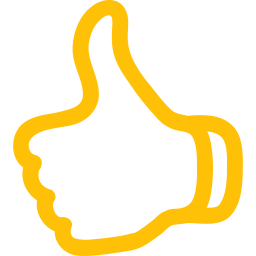